Money From The 1st Municipality

As most advanced students of New Orleans history know, the city was divided into three seperate municipalities from 1836 to 1852. Tour  Creole is proud to have in its collection a municipal bond from the 1st Municipality (the French Quarter) from 1842.  In my volunteer work for the City Archives I've processed dozens of ordinances which read something like:


This particular bond was never issued and is blank but would have been payable after one year at an interest rate of 10%. 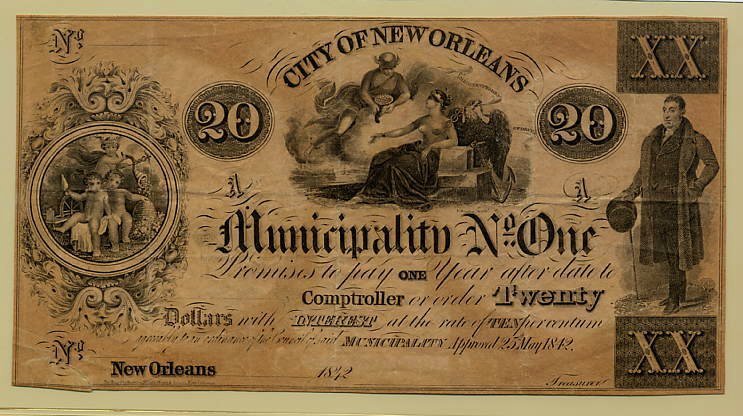 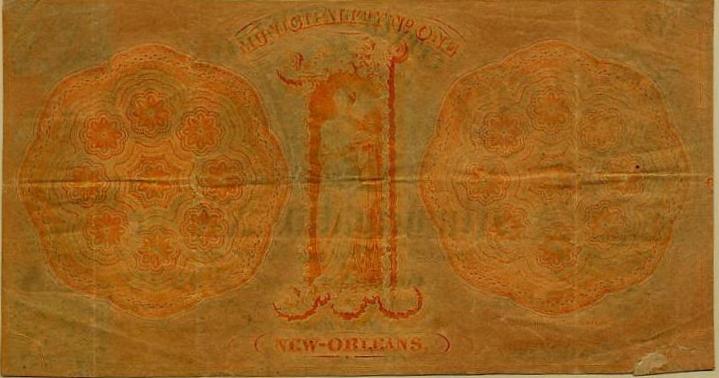