The Baroness Pontalba was accompanied by her son, Gaston de Pontalba (1828 - 1875) when she came to New Orleans and built the iconic buildings flanking Jackson Square in 1848 - 1850.  In fact, it was her son who designed the monogrammed ironwork for the buildings, placing his mother’s initials on each gallery.  I have suspicions about Gaston; I often tell visitors that he was exceptionally good-looking, extremely artistic, never married and lived all of his life with his mother.  Do the math.  I really ought not turn him into a punch line because he truly was an artist and sculptor of the first rank.  Below is a photo of a clock that he created in 1864.  Measuring in at almost a crazy 3-foot high by 3-foot wide it represents the creation of the world and is covered with beaucoup campy imagery.  There are women holding floral garlands, an Apollo mask and even Cupid adds to the rococo insanity.  The clock sold in at Heritage Auctions, Dallas TX, in October, 2006 for $62,140. 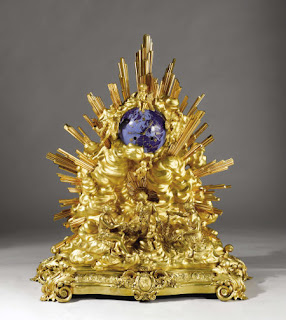 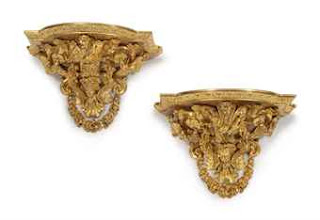